Fantino & McGuinty should apologize for assaults on Brantford Police officers 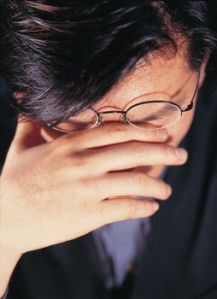 Less than one day after CANACE released three hardhitting editorials criticizing the harebrained plan by Brantford developers and their ‘Haldimand Tract Good Neighbours Coalition’ to sell out the rule of law in Canada, the thugs who were to benefit from the scheme demonstrated, for all to see, the mindnumbing folly of the plan to ask municipalities to pay native extortionists with taxpayers’ money.

Today, native goons punched two Brantford police officers, one of them in the face, as one native was being arrested for blocking access to a development site. The gang’s spokesperson then issued a threat against the people of Brantford:

“They’re going to have one hell of a fight now,” said Steve Powless, who spoke on behalf of the protesters. “This is going to be Caledonia Part 2. They don’t understand what they’re in for.”

Brantford Expositor, July 14/08: ‘They don’t understand what they’re in for,’ native says  [PDF]

Powless showed the unmitigated arrogance of native gangster/extremists with this unbelievable taunt:

“They [Brantford Police] just have a little rinky-dink force,” Powless said. “I don’t know how they’re going to stop us.”

Fantino & McGuinty to blame for attacks on Brantford Police officers

The man who has now threatened the people of Brantford because the police tried to do their duty, Steve Powless, is already facing a charge for assault after punching CANACE Executive Director Gary McHale in the head on Dec 01/07 while peaceful Caledonia residents were trying to protest against yet another illegal smokeshack in their community selling contraband cigarettes to their children. His attack on McHale came after his sister Camille Powless falsely claimed McHale had pushed her before SHE pushed HIM. The OPP were forced to charge her with Mischief for filing a false report after CANACE video showing the disgusting piece of ‘street theatre’ was released.

Here’s where it gets interesting…

Clyde Powless is another of those charged for assault  by cowardly assaulting McHale from behind on Dec 01/07 after screaming obscenities at him. Powless’ attack launched a vicious swarming by a group of native smokeshack supporters that sent McHale to the hospital. While the OPP did eventually charge him for the assault, he escaped charges for his assaults on OPP officers.

There were numerous assaults on OPP officers that day by various natives, including one serious enough where the officer threatened to pull his weapon. Unfortunately, we can’t release the details because the evidence was obtained under disclosure. They can be found, however, in our 71 page complaint against 3 OPP officers for their conduct during the so-called ‘investigation’ into the events of Dec 01/07 that was submitted to several government agencies on May 30/08.

What I can tell you is that not a single native smokeshack thug was charged for any of the numerous assaults (at least a dozen!) on police that occurred on Dec 1st. Furthermore, OPP Commissioner Fantino falsely announced in an OPP press release on the same day as the confrontation that the non-native protesters were to blame and would be charged – this before the investigation had even begun! Little wonder then, that the most serious crimes committed by natives – assaults on police – went uncharged while the least serious crimes allegedly committed by non-natives were.

In fact, despite all the assaults on peaceful, non-natives (who did not retaliate in kind) and on OPP officers throughout the day, the ONLY arrest of the day was of a non-native man who was standing quietly on the already blocked road drinking coffee. The arrest was made by a Sergeant who earlier refused to arrest the natives who attacked me.

I can also tell you that two OPP officers have given false testimony to two different Courts on the same day regarding the charges or lack thereof against natives – depending on which officer was testifying.

According to the $12M Brown/Chatwell lawsuit, three of McGuinty’s ministers were involved in interfering with OPP operations, including making deals not to prosecute native thugs for crimes arising out of the failed OPP raid on the Douglas Creek Estates on April 20/06 where police were attacked by hundreds of natives with clubs and other weapons.

When OPP officers made the decision not to arrest or charge a single native for any of the Dec 01/07 assaults on police they sent a clear message to native extremists that police officers were legitimate targets who would not defend themselves. They learned that OPP Commissioner Fantino would cover up their crimes for them with the media while senior officers and those on the scene gave them immunity from arrest and prosecution. Even before the investigation had begun Julian Fantino publicly and falsely blamed non-native activists for the confrontation while remaining completely silent about the native attacks on his officers.

Even when it became apparent to all that it was the native smokeshack gang to blame for the violence, Fantino allowed the public to continue to believe that no officers were attacked and even went on radio April 23/08 to attack my Human Rights complaint and again falsely claim that Gary McHale and I were ‘involved’ in violence and had a violent agenda. He is now facing more lawsuits and another police complaint for this outrageous defamation since the only ‘involvement’ we have had in violence has been as victims of native thugs who ganged up to attack us. Three CANACE founders were attacked on Dec 01/07 – two went to hospital. One suffered a brain injury he is still coping with. Fantino would rather blame the victims of native violence than admit natives were responsible for swarming and assaulting innocent protesters and his police officers.

Of course, Fantino’s position is in lock-step with the government’s hands-off approach to protecting innocent victims of native crime.

In short, the assaults on two Brantford Police officers today were made possible, in large part, by the Ontario Provincial Police and its leader, Julian Fantino who have refused to enforce the law against native criminals, even when their own police officers were attacked. Fantino and the OPP owe Brantford Police the sincerest apology on bended knees.

Given the McGuinty government’s direct interference with policing by three ministers, the Premier’s name should be added to the list of those asking for forgiveness from the Brantford Police Service. While they’re at it, they should get down on their knees and apologize to the victims of race-based policing everywhere in Ontario.

To McGuinty, Ramsay, Kwinter, Bryant, Fantino, and Boniface! Shame on you all.

To the Brantford officers who were attacked, thank you from the bottom of my heart for doing your very difficult job. You have my/our sympathies and our complete support as well as any assistance we can provide. I agree wholeheartedly with your Chief’s words:

Now that we’ve given you some small insight into why Fantino has been desperate to defame us, let me know if you’d like to talk. You can reach me at info@canace.ca. In the meantime, you might want to read the latest CANACE report, ‘Legalized MYTHS of Illegal Occupations.’ You might also want to read ‘The Human Costs of Illegal Occupations’ to see what’s in store for your community if you give in to gangsterism.

You’re also welcome to attend the next CANACE presentation at the Cayuga Lions Hall on July 21/08 at 7pm. We’d love to have you. For more info about CANACE and its founders:

I’d also be pleased to send you bio info for CANACE founders along with a list of personal accomplishments if you send a request to info@canace.ca.