Ethnic cleansing of Palestinians or a struggle for survival against genocidal anti-Semitism? 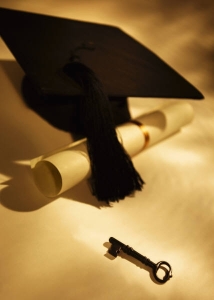 UPDATED Dec 15/11 — In this short course, which should take you no more than 21 minutes or so to complete, you’ll learn how to distinguish fact from fiction before entering into any debate on the Middle East issue, and you will have the satisfaction of knowing you will likely be the most informed person in the room.

Take your time to explore the references cited. Fact check them on your own, but be prepared to be both challenged and repulsed by the enormity of the historical fabrications being foisted on the naive and gullible as part of the war to destroy the state of Israel and her Jews.

LESSON 1: How Israel came into existence – the Palestinian version

The video below can (as of 11:41pm July 15/11) be found in the right side margin of the ‘Uprooted Palestinians‘ website above a cartoon showing two smiling ‘Hamas’ terrorists looming large over a cowering Israeli soldier. It is typical of the claims made by the anti-Israel side:

At 1:43 the video begins to discuss ‘The Nakba (1948)‘ and goes on to say, ‘During the Nakba hundreds of massacres were committed by Zionist terror gangs.”

At the 2:00 min mark the producer states: “During the Nakba around 80% of the Palestinians were expelled from their home and made refugees by Zionist terror gangs.”

At 2:40 it asserts, “During the Nakba 531 Palestinian villages & towns…were ethnically cleansed & destroyed.” The producer shows dead bodies as ‘proof’ of the Jewish atrocities against the innocent Arabs:

LESSON 2: How Israel came into existence – the Israeli version

Now that you’ve watched the pro-Palestinian version of events, consider this one by ‘Prager University,’ operated by Dennis Prager, a graduate of the Middle East Institute at Columbia University:

It would seem that the producer of the Palestinan video left out some salient facts. Facts such as Israel’s creation by the Nov 29/47 vote by the United Nations General Assembly that actually makes her one of the most ‘legitimate’ countries in the world, a vote which created a two-state solution which was rejected by the Arabs.

It would also appear that the ‘Naqba’ (‘disaster’) didn’t begin because ‘Zionist terror gangs’ suddenly began murdering Arabs, but because on the day after Israel’s independence of May 14/48 she was attacked by Arab armies determined to destroy the new Jewish state.

Not much has changed since 1948. Arab armies attacked Israel again and again, in 1967 (when Israel first captured the West Bank) and in 1973, losing each time, eventually turning to bloody terror attacks against innocents.  These details are conveniently omitted in all anti-Israel propaganda.

LESSON 3: Should Israel return to the pre-1967 borders in return for peace?

Imagine Canada was just the size of Prince Edward Island,  surrounded by millions of people who had been trying to destroy us for over 60 years. How eager would you be for our government to give up land captured in yet another war we didn’t want (1967) to those still sworn to massacre us and ‘obliterate’ our country?

“The Jews are brought in droves to Palestine…for the purpose of the great massacre, by means of which Allah wants to relieve humanity of their evil.”

In 2006 the United Nations Human Rights Council condemned the Hamas charter for its call to kill Jews and “obliterate” Israel:

The re-writing of Middle East history in an attempt to ‘justify’ or ‘contextualize’ Palestinian/Arab violence against Israel and her Jews bears an uncanny resemblance to attempts to deny the Holocaust for the purpose of inciting hate against Jews. One might legitimately argue, given the magnitude of the fabrications and their potential consequences for the people of Israel from their incitement to hate, that this blatant historical revisionism represents – at the very least – a crime against humanity waiting in the wings.

If you wish to conduct further research, the resources on this page should be of assistance:

Thanks to ‘Kaffir Kanuck’ – a veteran of the Canadian Forces Afghanistan mission – for his post which mentioned the ‘Uprooted Palestinians’ website where I found the Palestinian ‘Naqba’ blood-libel video that inspired this mini-course.