Category Archives: Strength of a Woman

Posted on April 30, 2012 | Comments Off on Israel loses a daughter and defender – Rose Lax of Hamilton’s Never Again Group 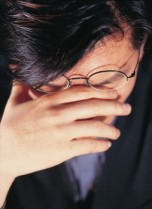 I am very sad to to report that Rose Lax, a passionate advocate for Israel who was the driving force behind Hamilton’s Never Again Group, passed away on the weekend. She will be interned in Jerusalem on May 01/12 at 1:30pm at Bait Hesped, Har HaMenuchot Cemetary. A Shloshim Memorial service will take place at the Adas Israel Congregation in Hamilton on Wednesday, May 30/12 at 7:30pm.

The announcement from Adas Israel describes Rose as…

END_OF_DOCUMENT_TOKEN_TO_BE_REPLACED

SEE ALSO: Gary McHale to Six Nations: Beware what you teach your children

“It’s no wonder so many of our youth seem lost, without direction and guidance, and are choosing the wrong road. Look at the examples they have to follow.” Six Nations Councillor Helen Miller, May 25/11

UPDATED June 11/11 — In the wake of the lawless takeover of the former Six Nations police station by youths Councillor Helen Miller has written a letter to the Turtle Island News in which she itemizes a brutally honest shopping list of reserve dysfunctionality and provides a shockingly fresh solution:

END_OF_DOCUMENT_TOKEN_TO_BE_REPLACED

Six Nations militants and their CUPE-organized supporters have begun yet another smear campaign against Gary McHale and Mark Vandermaas – this time via an online petition directed at intimidating Mount Royal University into not allowing the voices of Caledonia victims to be heard at the upcoming ‘New Directions in Aboriginal Policy’ forum organized by Dr. Frances Widdowson on May 05/10 in Calgary.

END_OF_DOCUMENT_TOKEN_TO_BE_REPLACED

‘The Strength of a Woman’: Six Nations Councillor Helen Miller

A remarkable letter by Six Nations Councillor Helen Miller to the editor of the Brantford Expositor echoes the very message that CANACE founders have been trying to share with the media, the public, the police,  government officials and the people of Six Nations for nearly three years:

As for who represents Six Nations let me put it this way: The Mohawk Workers, Women of the Mohawk Nation, the Men’s Fire or individuals like Steven “Boots” Powless or Ruby and Floyd Montour were not elected, appointed or authorized by the people of Six Nations to be their representatives or to speak on their behalf. Nor is the Haudenosaunee Development Institute (HDI) supported by the elected council or the community at large. However, it was authorized by the Confederacy council.

END_OF_DOCUMENT_TOKEN_TO_BE_REPLACED

UPDATE 2134 EST July 01/09: See, ‘Video of CANACE in Deseronto‘ by Jeff Parkinson for complete coverage in 7 clips. Note: the event was actually held in a Picton park because the town of Deseronto refused to rent resident Cindy Welsh a room where we could speak and the Elks reneged on their rental deal with her.

CANACE was invited to speak by Deseronto resident  Cindy Welsh who rented the Elks Hall in Picton for Thursday, June 25 at 6:30 because the Town of Deseronto refused – again – to allow non-natives access to their hall to discuss their rights during a land claim dispute.

Unfortunately, the OPP had earlier convinced the Elks manager to cancel the room rental which forced us to try to speak outside in a remote park with no police presence whatsoever while a large group of Shawn Brant supporters shouted us down and screamed hateful insults.

It seemed as though some – especially one woman in particular wearing a red shirt (photo, below) – were deliberately trying to provoke some kind of fight. Jeff Parkinson filmed the entire event, and clips will be posted when available.

At one point some of the group actually applauded when Gary McHale tried to talk about how a police officer was nearly murdered in Caledonia!

One resident later said, “Believe it or not, this is a GOOD day!”

CANACE meets with the nice officers of the OPP MELT

We met with 2 MELT (Major Events Liaison Team) members at Cindy’s home prior to the event. We tried to let them know that no one had anything to fear from us. Gary even explained how he was opposed by the Crown when he tried to lay charges for assaults against police officers in Caledonia.

END_OF_DOCUMENT_TOKEN_TO_BE_REPLACED

On June 12/09 OPP Sgt. Phil Carter informed CANACE that the OPP was consenting to a planned march by non-natives down Argyle Street past the occupied Douglas Creek Estates with Canadian flags.

Along with every other gutsy Canadian who is making a difference in this struggle (you know you who are!) I would like to give special thanks to Merlyn Kinrade for his tireless work within his beloved community of Caledonia. Thanks also to Pat, Roland, Christine and Debbie. This is your day, too!

Thank you to Sgt. Carter and Commissioner Fantino

I would like to sincerely thank Sgt. Carter and the OPP, including Julian Fantino for making this important change in policy.

Given how involved the Commissioner is in the affairs of Caledonia, especially where Gary McHale and CANACE is involved I know that it would not have been possible were it not for Mr. Fantino’s approval. Whether that approval was a result of Minister directive or one from the Legal Services Branch of the Attorney General, I don’t know and don’t care. The fact is, someone, has directed the OPP to change its policy in a fundamental way.

This was never personal. Even though we protested at your home it was to bring about changes such as this using peaceful, lawful, democratic means rather than the violent/criminal methods of native extremists.

I can’t speak for Gary McHale, but I am willing to talk with you or your lawyers about moving on to a better time. You can make my defamation lawsuit disappear by clearing my name with an simple apology for falsely accusation me of being ‘involved’ in violence. As you already know I don’t want any money.

You can also make my OHRT complaint disappear simply with an apology and a directive to your officers that they are to enforce the law without regards to race in accordance with the Police Services Act and the Ontario Human Rights Act. Again, you already know I’m not asking for money in connection with this either.

As for the lawsuit regarding my arrest, have your people call my people.

Readers who are skeptical about OPP commitments are asked to please read this post before commenting. Thanks.

Join us for the “Support Randy Fleming” rally on June 20th

I certainly hope that now the event has been ‘sanctioned’ by police Canadians from inside and outside Caledonia will come to Caledonia on June 20th to march in support of Randy Fleming. Here are the links in case you missed them in the news release:

Caledonia residents give Fantino a ‘razzy’ for Tim Hortons performance

I received two ‘Letters to the Editor’ from Caledonia residents who sent them to media outlets for publication, but have asked us to reprint them. Both women have been very much impacted by the occupation of the Douglas Creek Estates and, apparently, didn’t think much of Fantino’s pathetic PR appearance at a Caledonia Tim Horton’s on March 02/08 while we were protesting at his home in Woodbridge.

Mr. Fantino, this is not a game
by Pauline McDougall

Just read your article about property in Caledonia. Great article [reprint]. Thanks for keeping our town in the papers. I’m writing to tell you that we are also stuck in the middle of this mess and hostage taking.

END_OF_DOCUMENT_TOKEN_TO_BE_REPLACED

Kudos to Karen Sorrell of Caledonia for putting Julian Fantino in his place with an absolutely brilliant letter to the editor published in today’s Hamilton Spectator. She was responding to Fantino’s silly and irrational attempt to blame Caledonia residents for the violence committed against peaceful non-native protestors one week ago (Dec 03/07).

END_OF_DOCUMENT_TOKEN_TO_BE_REPLACED

Posted in Caledonia - Dec 01/07, Leadership, Native Protests - Caledonia, One Law for All!, Planet Earth calling, Strength of a Woman, True North - NOT free!

Holocaust Education Week is almost over and Remembrance Day is upon us. It seems sad, yet telling that OPP Commissioner Julian Fantino chose this week – of all weeks – to once again publicly disparage Gary McHale for exposing and opposing the many injustices suffered by innocent people in Caledonia.

END_OF_DOCUMENT_TOKEN_TO_BE_REPLACED

Posted in Courage & Cowardice, Leadership, MUST SEE, Native Protests - Caledonia, One Law for All!, Strength of a Woman, True North - NOT free!

Dear friends, supporters and victims of the awful struggle against Two Tier Justice in Ontario,

I have just called Mary-Lou LaPratte to advise her that the ‘Battle for Truth’ has been won today.

END_OF_DOCUMENT_TOKEN_TO_BE_REPLACED

Posted on September 23, 2007 | Comments Off on $12M lawsuit: Mary-Lou LaPratte comments on “astonishing” comparisons to Ipperwash

Mary-Lou LaPratte has spent the last 15 years of her life trying to tell the true story of what happened in Ipperwash to innocent residents. She was a guest speaker at the inaugural March for Freedom last Oct 15/06, and everyone who is fortunate enough to know her knows just how much her heart aches for the people of Caledonia, and their needless suffering.

END_OF_DOCUMENT_TOKEN_TO_BE_REPLACED

Comments Off on $12M lawsuit: Mary-Lou LaPratte comments on “astonishing” comparisons to Ipperwash

In Democracy takes a huge hit in Haldimand, I outlined the sleazy attack on Haldimand Mayor Trainer’s privacy by her council, and how, on Aug 13/07, they approved a resolution calling for all mail – electronic and hard copy – to the Mayor to be shared with the Chief Administrative Officer. This resolution has now removed any privacy between the Mayor and her constituents.

END_OF_DOCUMENT_TOKEN_TO_BE_REPLACED

Comments Off on Resolution 863-07: Haldimand’s attack on your privacy

Posted in How low can they go?, Leadership, Strength of a Woman, True North - NOT free!

After witnessing the shameful events of the past week culiminating in the vote last night at the Haldimand County council meeting (see ‘Democracy takes a huge hit in Haldimand’, and BULLETIN: Mayor Trainer needs your help NOW!), I sent the message below to Mayor Trainer.

I welcome your comments in support of the mayor. I’ll wait a few days and then mail her – and the snoops now reading her mail – a hard copy of this post with your comments.

END_OF_DOCUMENT_TOKEN_TO_BE_REPLACED

Comments Off on Dear Mayor Trainer…

Posted in Courage & Cowardice, How low can they go?, Leadership, Strength of a Woman, True North - NOT free!

“In a time of universal deceipt, telling the truth becomes a revolutionary act.”

Mary-Lou LaPratte to release The Ipperwash Papers; 400+ pages of documents ‘overlooked’ by the official Ipperwash Inquiry that show how residents themselves and the evidence of their suffering at the hands of native crime during an invalid land claim were deliberately excluded from the Inquiry.

END_OF_DOCUMENT_TOKEN_TO_BE_REPLACED

‘The Strength of a Woman’ – Mary-Lou LaPratte, Ipperwash hero

If there is a hero to be found in the Ipperwash story, it is a remarkable woman by the name of Mary-Lou LaPratte. She lived through it all: crime and intimidation from natives over an invalid land claim against her home and those of her fellow residents; an eventual Supreme Court victory; threats; a home invasion; an assault; ongoing OPP refusal to enforce the law; DND failure to enforce the law; abandonment by the OPP when they fled Ipperwash to save themselves after the death of Dudley George, and psychological trauma so acute during the events of September 1995 that her hair fell out in chunks.

END_OF_DOCUMENT_TOKEN_TO_BE_REPLACED

Posted in Courage & Cowardice, Leadership, Native Protests - Ipperwash, One Law for All!, Strength of a Woman, True North - NOT free!, Truth in Media, VoC News